In cooperation with Japanese and overseas research institutes, our group is working on various X-ray/gamma-ray observation projects, as follows.

The Imaging X-ray Polarimetry Explorer (IXPE) is the first high-sensitivity X-ray polarimetry satellite led by NASA launched on December 9, 2021. Our group collaborates with an Italian group to provide the gas-electron-amplified foil (GEM), which is the heart of the X-ray polarimeter. IXPE will measure the polarization of X-rays emitted from neutron stars and black holes. It will allow us to verify the vacuum polarization predicted by quantum electrodynamics (QED) and the curvature of space-time due to the strong gravity. IXPE will open up the field of “X-ray polarimetry” and unveil a new image of our universe that no one has ever seen before. （Illustration of IXPE. Credit: Ball Aerospace) 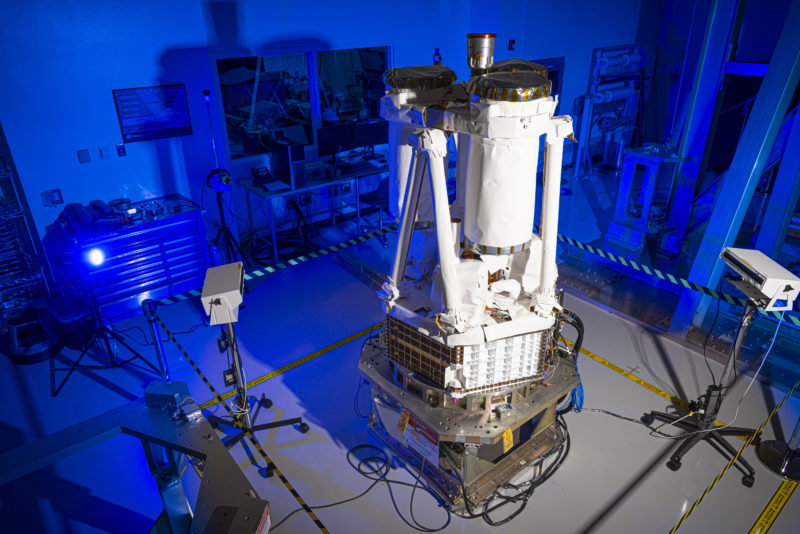 NinjaSat is a micro X-ray astronomy satellite of a 6U CubeSat (*), which is being developed mainly by RIKEN. Such a small telescope allows us to observe bright X-ray sources with a long exposure time that large satellites cannot perform.

NinjaSat will study the complex behavior of matter falling into black holes and neutron stars discovered by MAXI, by corporating with ground-based telescopes. While NinjaSat is small, it implements the same functions as a large satellite and can perform excellent scientific observations. We are making an onboard X-ray detector with our own hands and building the satellite with a private company. It is scheduled to be launched into orbit at 500 km in April 2023. Taking advantage of broad scientific coverage in RIKEN, we want to use such microsatellites for other applications in the future. They will allow us to conduct space science and biological, medical, and chemical experiments in space in a short cycle of 1-2 years. 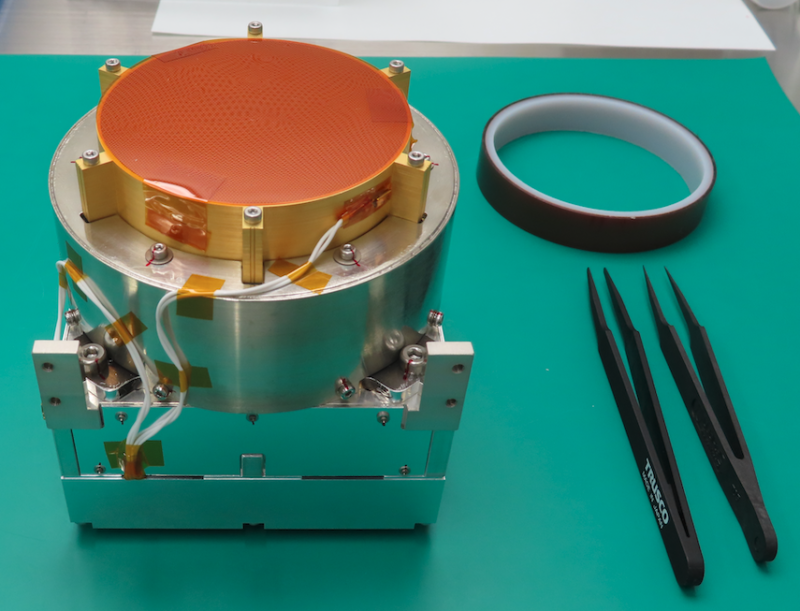 The MAXI is an all-sky X-ray monitor onboard the International Space Station. It observes X-ray sources from the Japanese Experiment Module Kibo. The main instrument (GSC), which is a large area position-sensitive proportional counter, was developed by RIKEN. As of August 2021, the MAXI team has discovered 31 X-ray novae, 14 of which are newly discovered black hole binary stars. This is the second-largest number of black hole discoveries by a single instrument. In addition, the MAXI 3rd catalog contains 896 detected X-ray sources, which is used as an X-ray source catalog in the 21st century.

MAXI reports transient X-ray events via the Internet, and satellites and ground-based telescopes worldwide point their instruments at the new sources for follow-up observations. It enables us to observe new objects with the current advanced instruments as early as possible. Then we can deepen our understanding of black holes and other celestial objects. Thus, MAXI plays a crucial role in multi-wavelength astronomy and time-domain astronomy. It is also monitoring gravitational wave sources. See http://maxi.riken.jp for details. 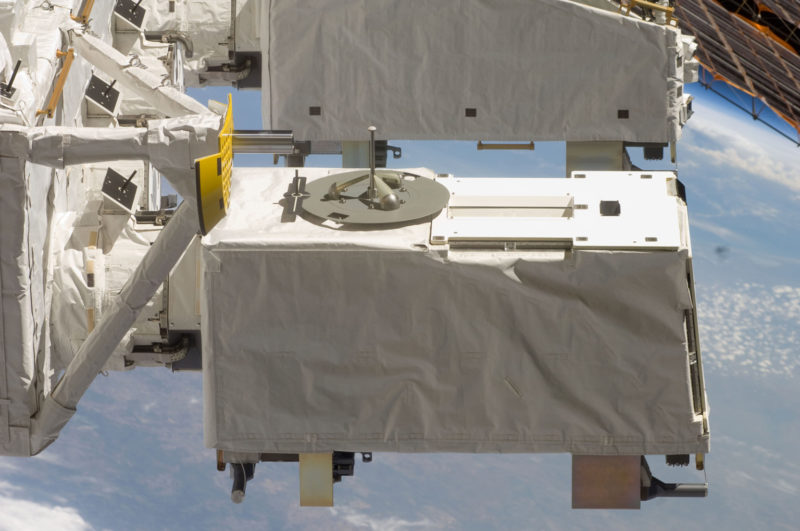 High-resolution spectroscopy of hot plasmas in the Universe: the XRISM satellite

From a supernova remnant formed by a single star’s explosion to a cluster of galaxies the largest gravitationally bound structure — hot plasmas exist in various spatial scales of the Universe. The X-Ray Imaging and Spectroscopy Mission (XRISM), a JAXA-led mission developed under an international collaboration with NASA and ESA, with a planned launch in Japanese fiscal year 2022, is aimed to perform high-resolution spectroscopy for these plasmas and reveal their chemical and dynamical evolution.

Tamagawa laboratory participates in the development and calibration of the Resolve micro-calorimeter spectrometer system and the activity of the XRISM science team, including the planning of the early observations. See https://xrism.isas.jaxa.jp/en/ for the details. （Illustration of the XRISM satellite. Credit: ISAS/JAXA） 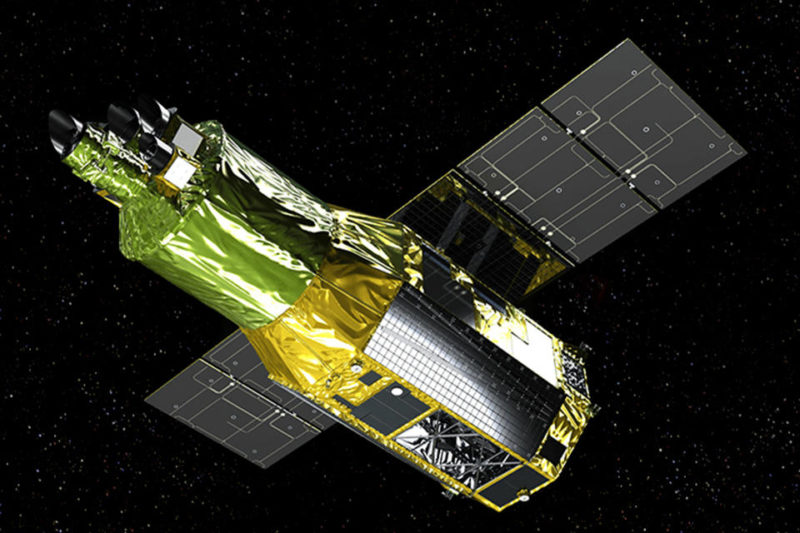 Although we are now in the era of multi-messenger astronomy, there is still an observational window to be unveiled. It is the energy range from several hundred keV to several tens of MeV, so-called MeV gamma-rays. So far, only about 30 sources have been detected in this energy band. However, MeV gamma-ray astronomy is becoming increasingly important for understanding nucleosynthesis and particle acceleration in our universe.
The Japan-US joint project GRAMS aims to observe MeV gamma-ray universe using a large liquid argon detector as a large-volume Compton telescope. GRAMS also aims for indirect dark matter search by targeting antideutrons. Our group is developing the data analysis methods and working on R&D study collaborating with the University of Tokyo, Waseda University, and Osaka University. (Image: the concept of GRAMS. See here for details.) 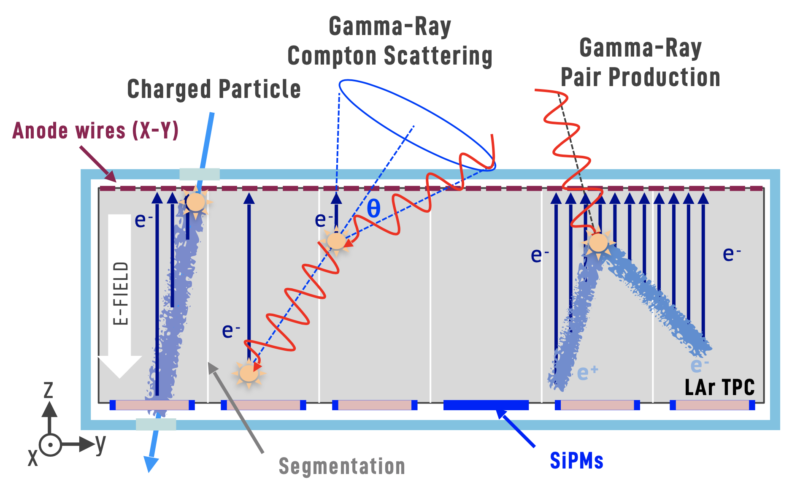